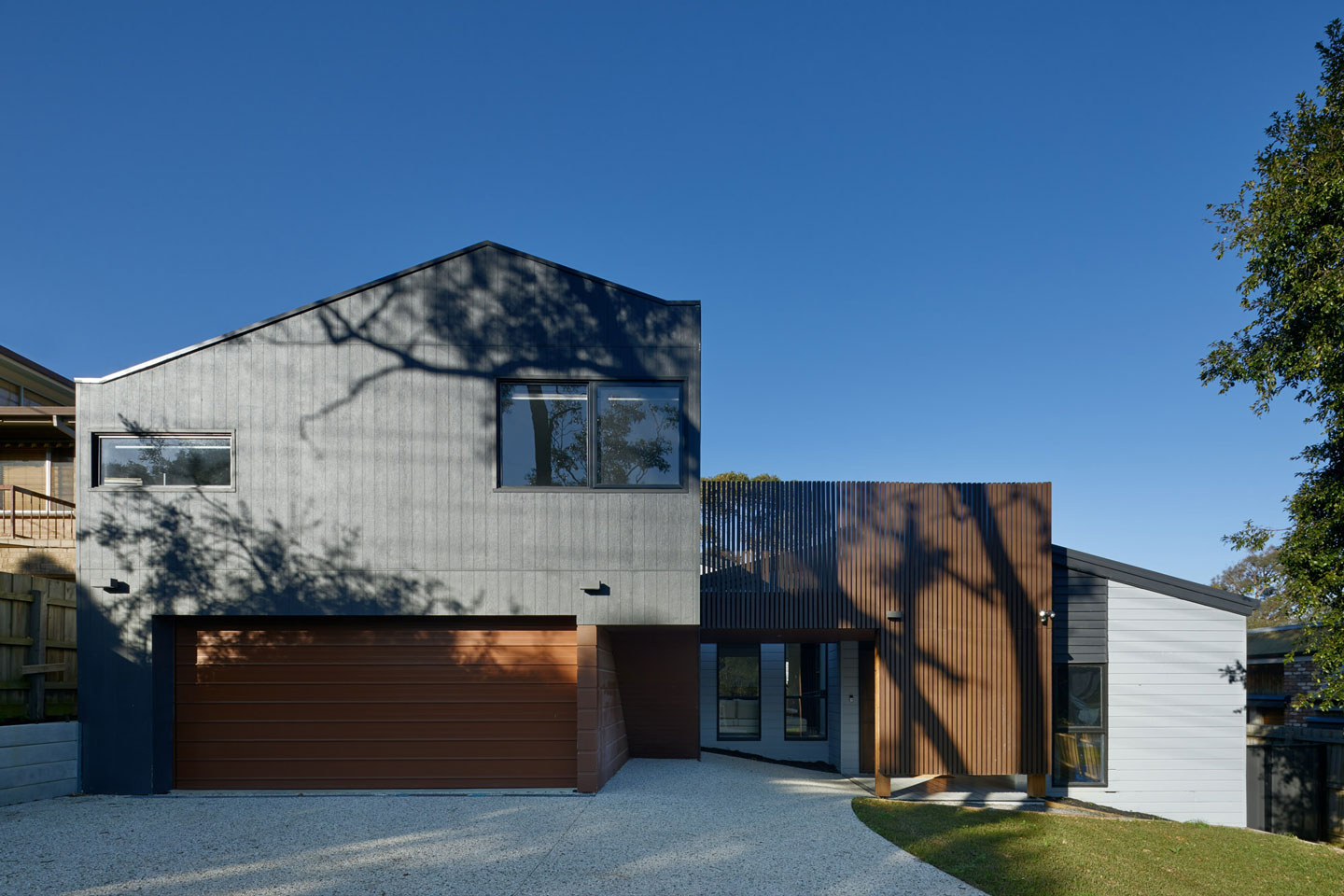 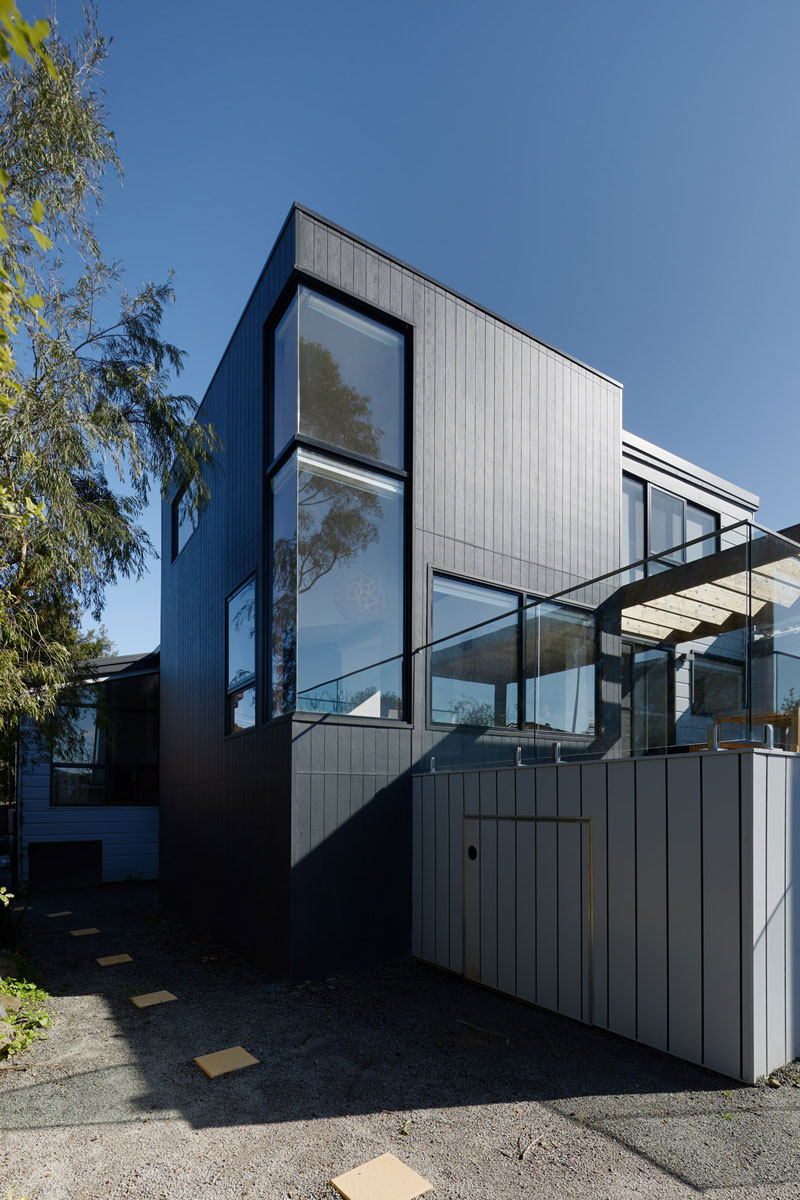 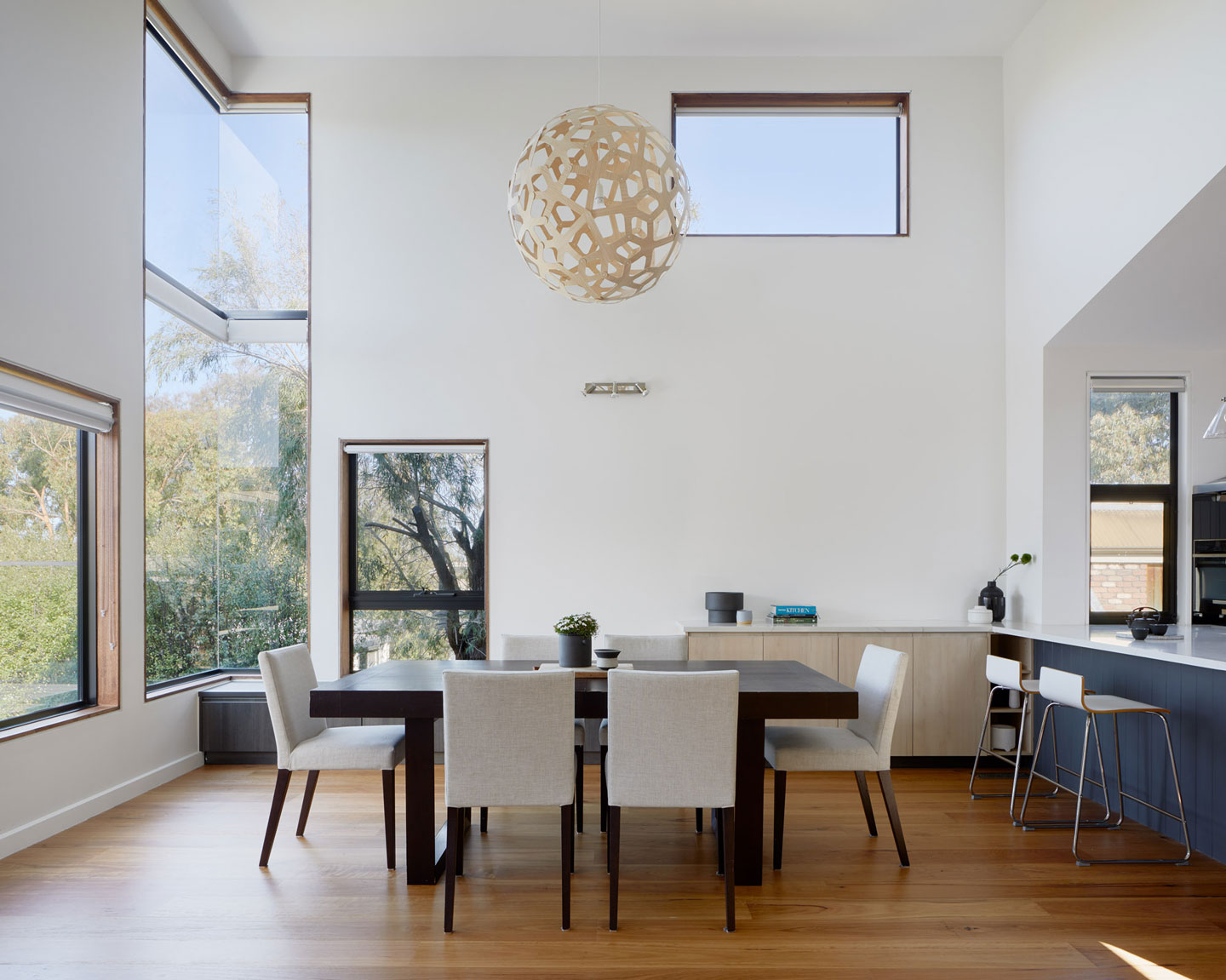 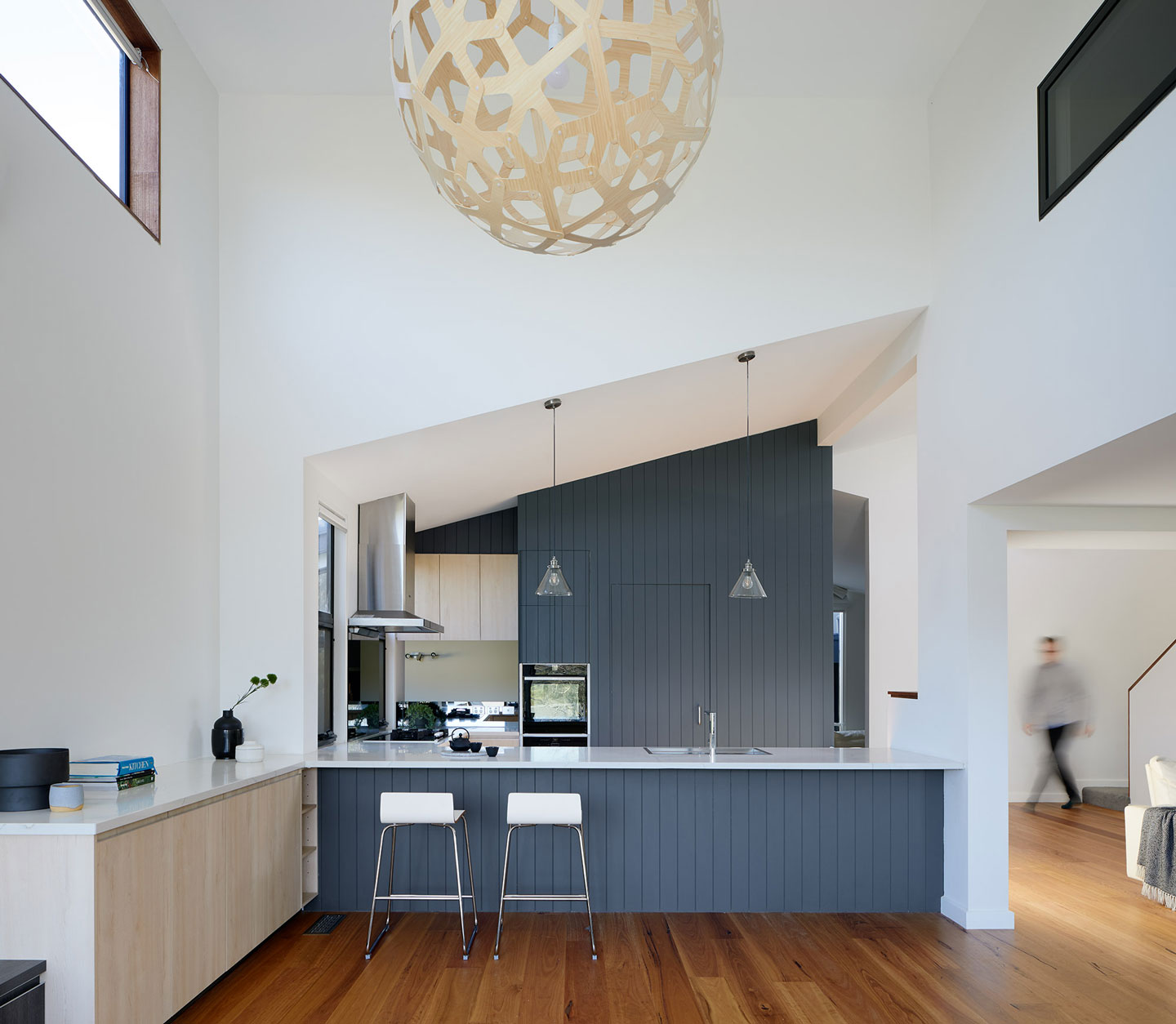 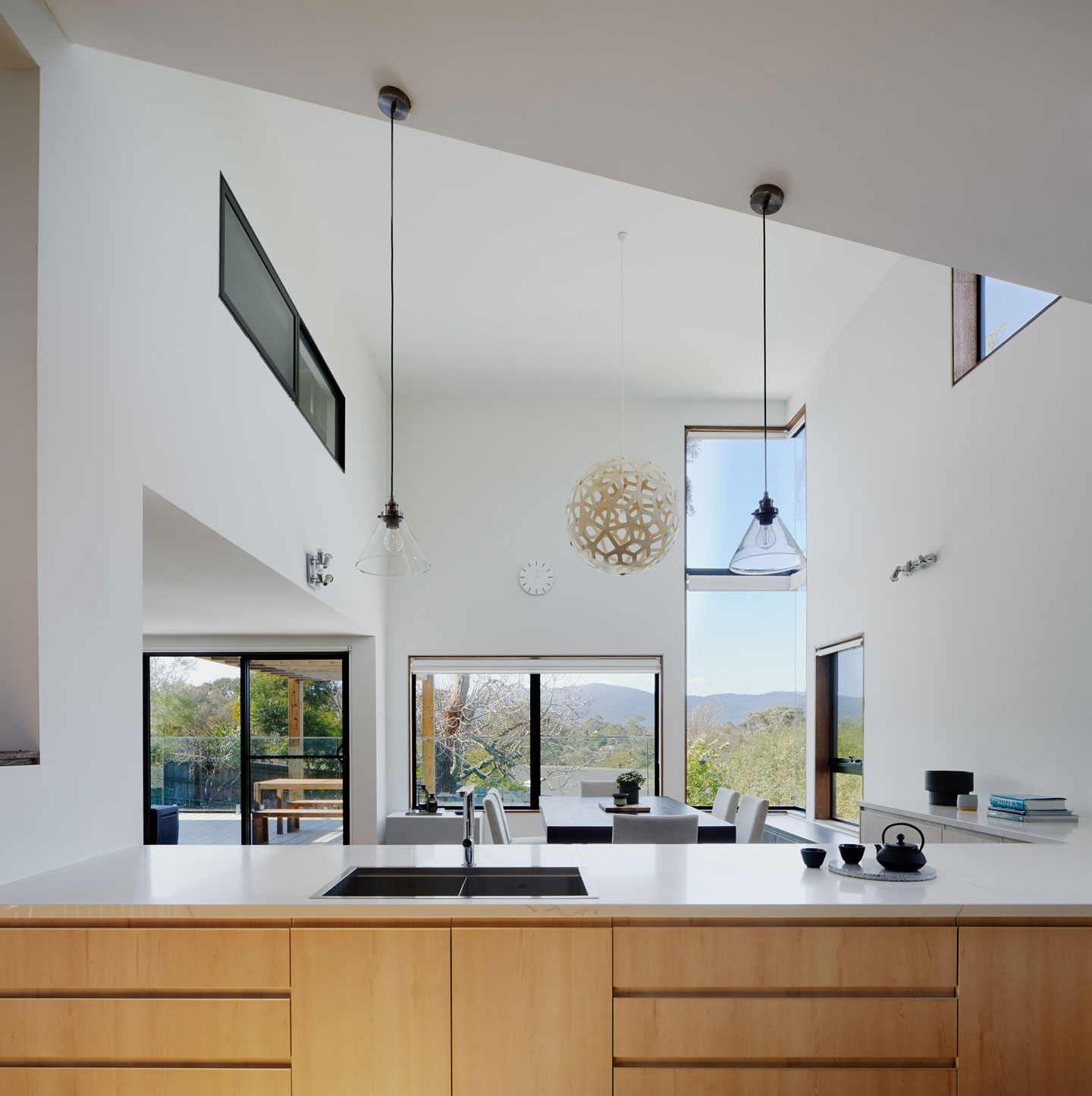 In concert with creating unique spaces for living, Miller House aimed to reframe the archetypal suburban home by orchestrating the interplay of formal relationships in reverence to its context.

Miller House is an exploration of the interstitial spaces and relationships between the existing built form and the surrounds. The existing humble weatherboard property lacked verve and suffered from piecemeal connections with the natural environment.

The diagonally-cascading site and expansive views of the Dandenong Ranges, drove the insertion of two strong geometric forms – one at the front and the other to the rear. The form to the front acts as a marker to the site and to the streetscape. A west-facing sun-shading screen element contributes to the sense of drama and address – acting as an intermediary between the new and the existing. The double-volume form at the rear extends the notion of living space outwards and upwards – reconnecting to the ranges and natural environment beyond.

Light becomes an activator of the living spaces accentuated through north-facing soaring cathedral ceilings. These spaces were unpacked and re-distributed to revive internal relationships and external connections. The kitchen and pantry was designed as the focal point and as extension of the “weatherboard” mantra – as other spaces were spun around it. The darkened verticality of the new forms are a salient nod as well as a contemporary departure from the horizontality of the existing weatherboard.

In concert with creating unique spaces for living, Miller House aimed to reframe the archetypal suburban home by orchestrating the interplay of formal relationships in reverence to its context.